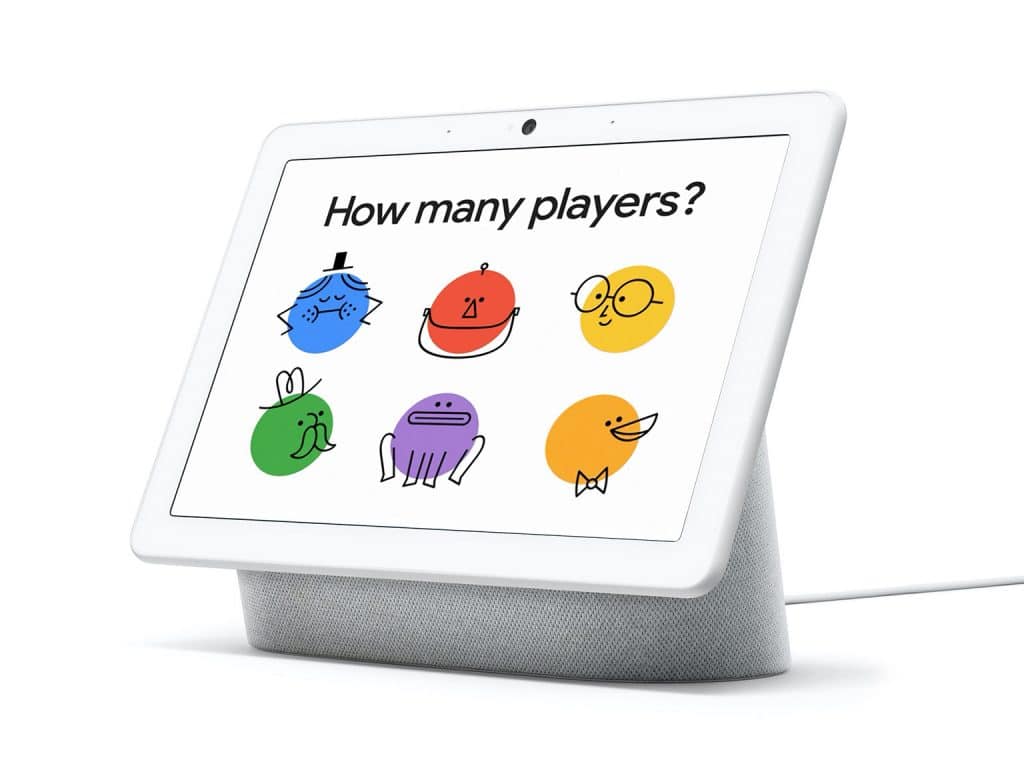 Matt collaborates regularly with teams all over Google, helping out with playful invention and prototyping. Most of this work is still confidential, but some projects do end up appearing in shipping products. This was one for Google Assistant – who comes to life when you say “Hey, Google” – on the Nest Hub.

As smart speakers and voice assistants have started inhabiting our homes over the past few years, we know so far that they’re mostly used for quick, functional, one-off interactions, like setting timers, or playing music.

The technology is still in its infancy, and as we explore where and how it might (and should) develop, making room for sillier, stranger ideas can often help companies slingshot into unexplored areas – and potential new markets. For example, what happens when a digital butler starts acting as a game show host?

Matt worked with the Assistant Personality team at Google – a gang of writers, illustrators, game designers, musicians and technologists – building prototypes of a voice-based, Assistant-hosted trivia game called ‘Are You Feeling Lucky’.

Matt built the first playable prototypes on early hardware, consulting on everything from graphics and animation through to musical sequences and scripted dialog.

As the saying goes, play is the highest form of research. Small, playful projects like this often act as low-risk exploratory probes, helping companies explore future directions and strategy. If you’d like to know more about how Extraordinary Facility can help, get in touch!