Matt Brown was lead designer on Dimensions, a prototype website for the BBC. Dimensions took historically significant places, events and things, and let users overlay them on a postcode anywhere on the planet. The idea was to make history more tangible and immediate by helping people compare it to familiar places. 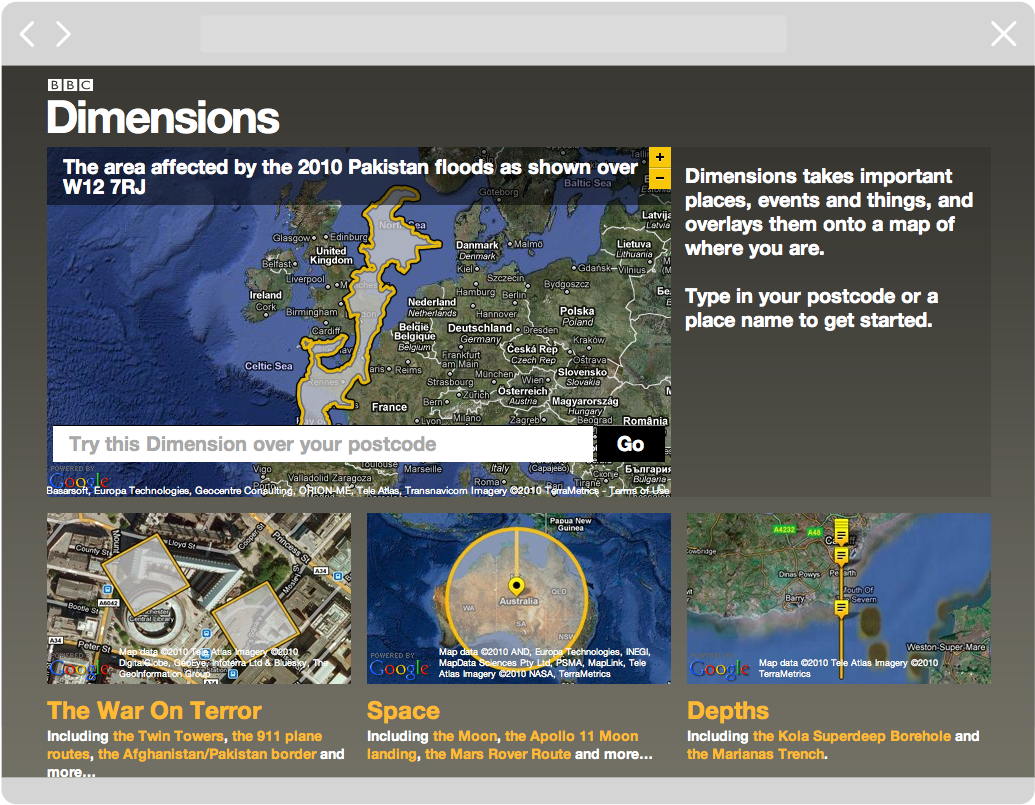 The Apollo 11 moon landing, for example, covered an area smaller than the average parking lot. 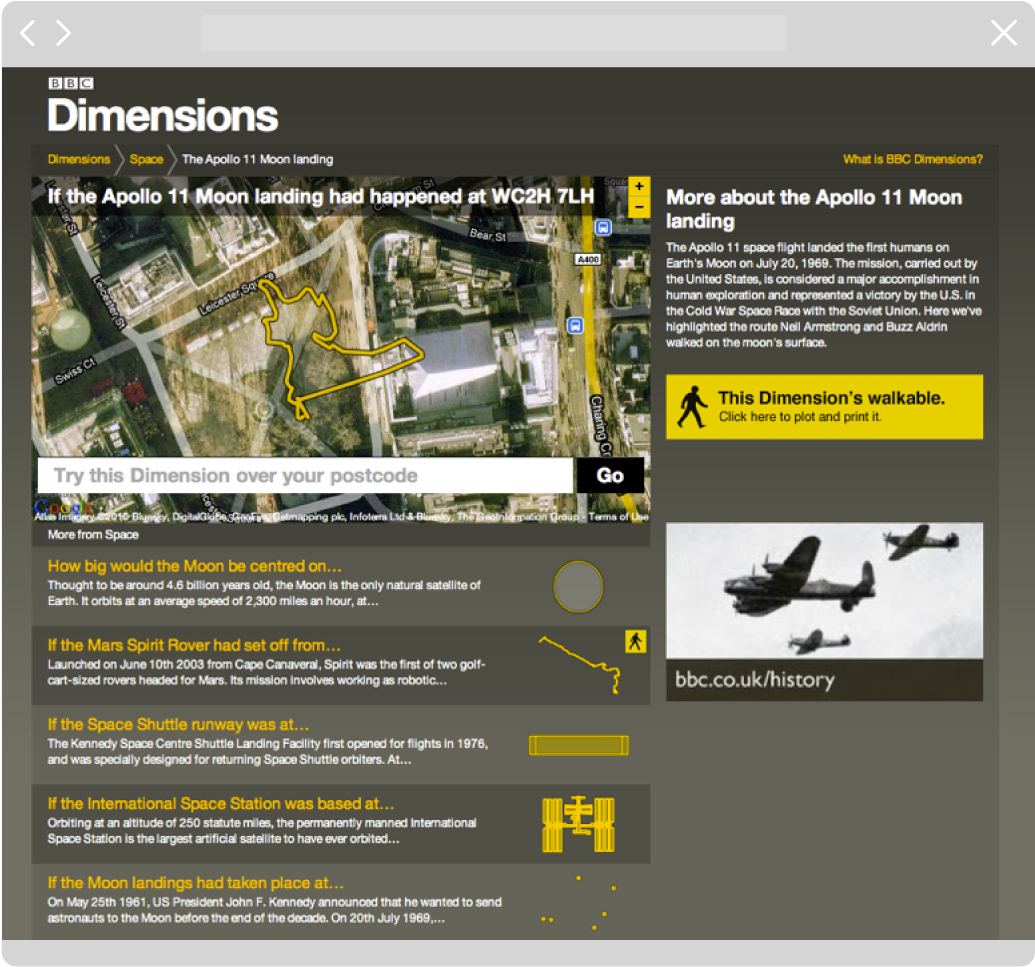 Some dimensions can be printed out as directions for walks, for an even more physical appreciation of the distances involved. 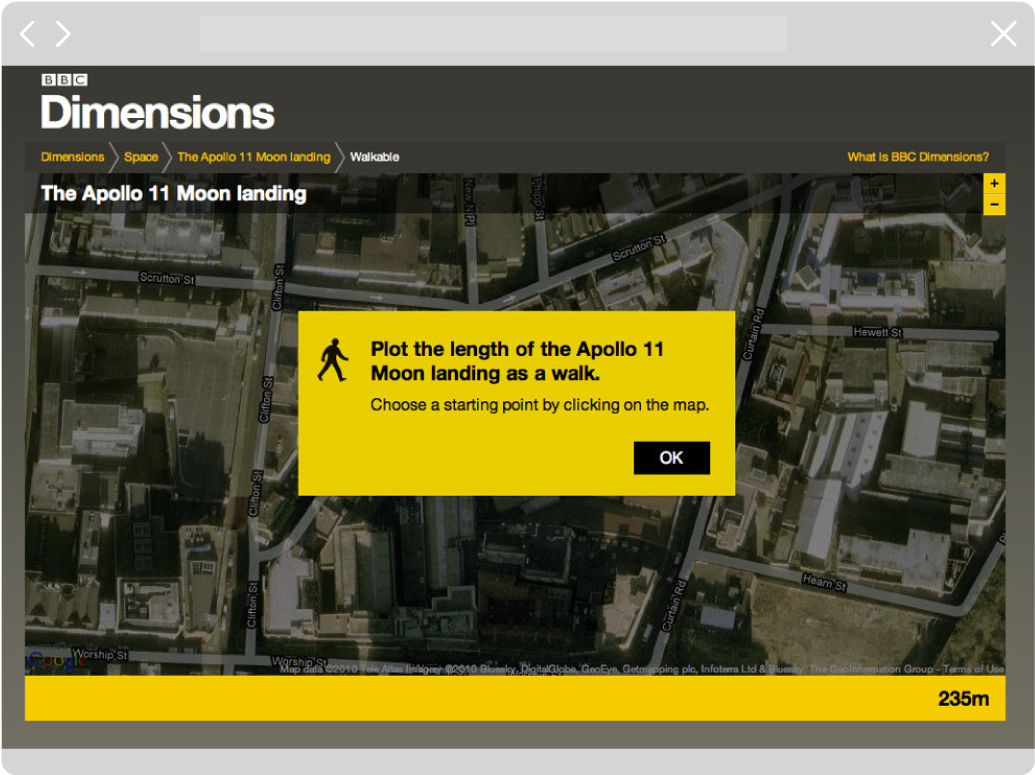 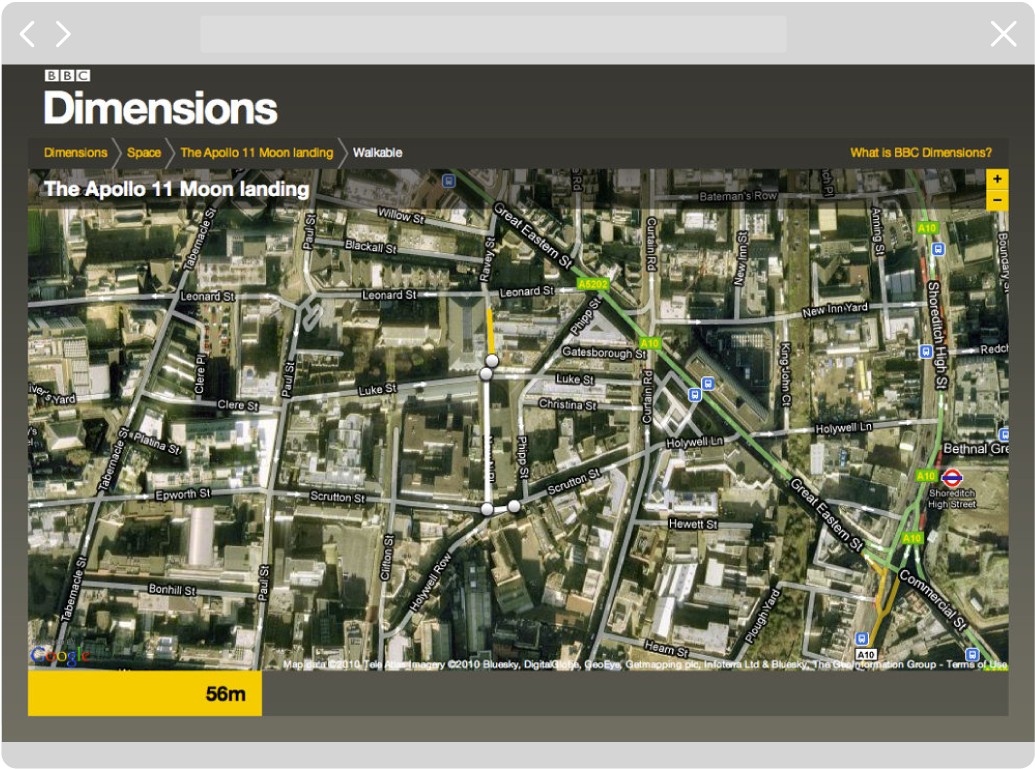 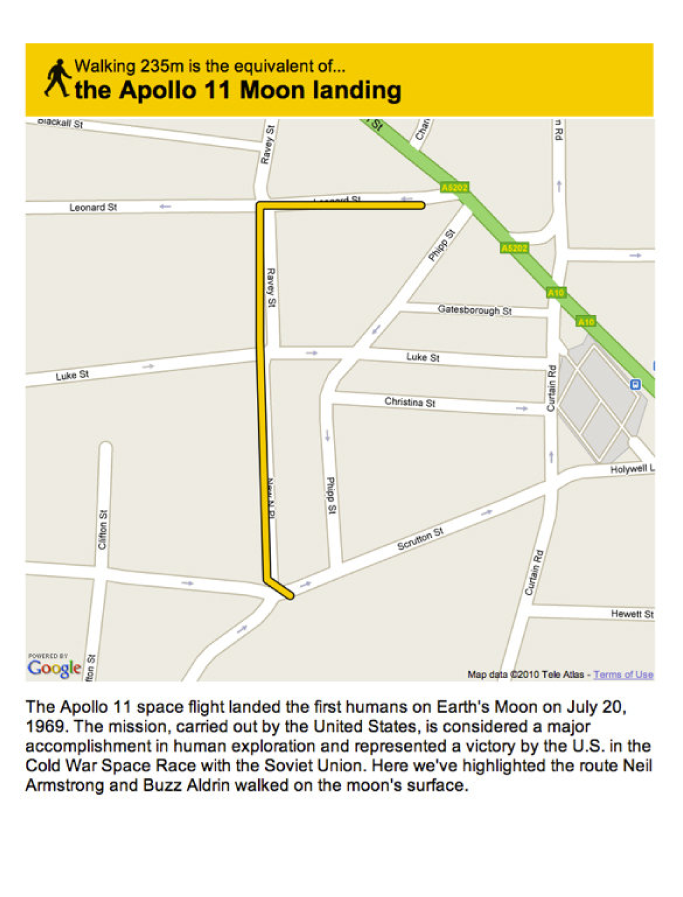 Two years after the prototype was completed, Dimensions was brought to the live BBC News website, allowing users to understand emerging stories in the context of their own country, city or neighborhood.

The site was selected for display as part of MoMA’s Talk To Me exhibition in 2011.